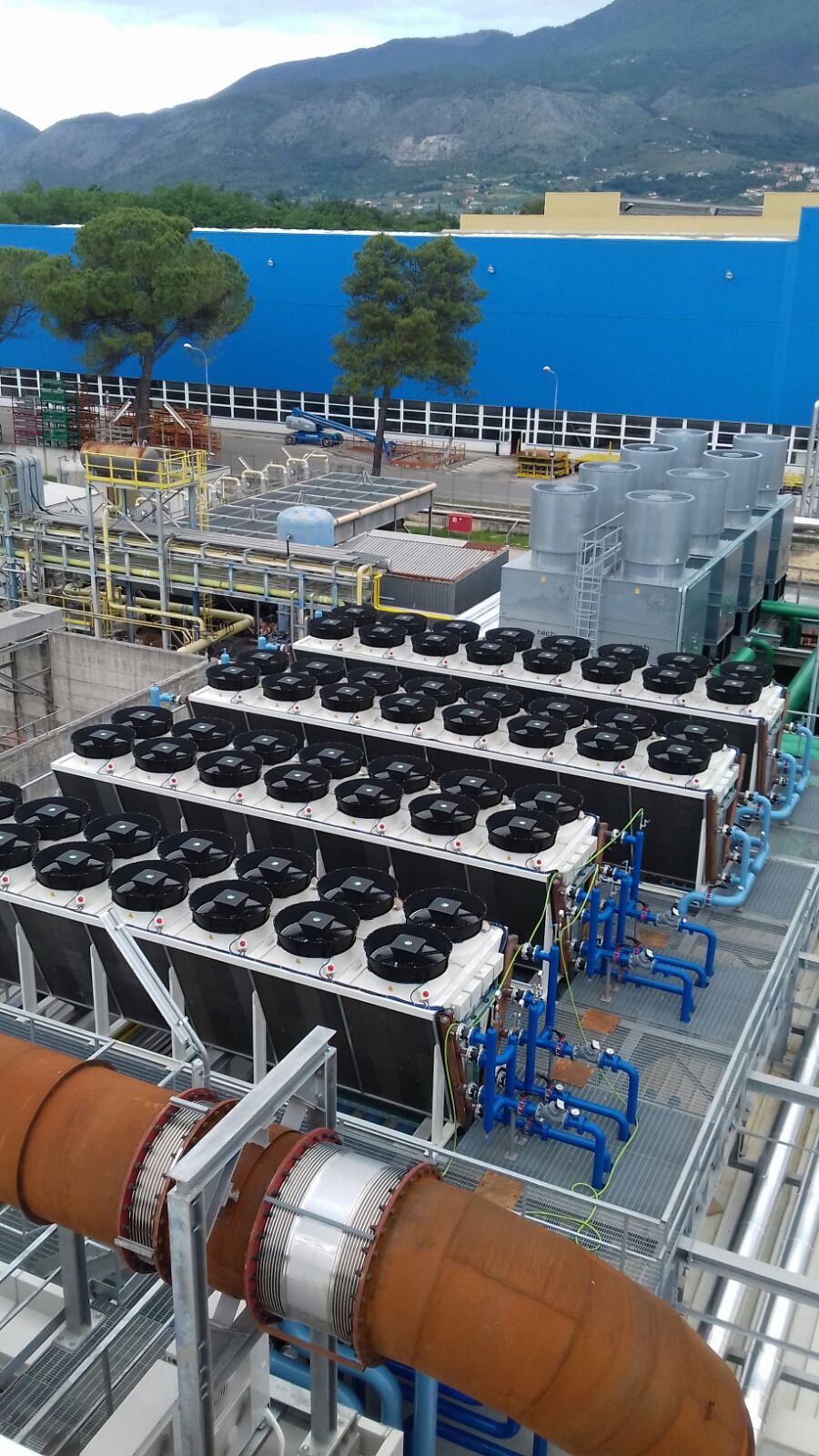 The FCA plant in Cassino is a factory of the FCA Group located in the municipality of Piedimonte San Germano, three kilometers from Cassino, in the province of Frosinone. The plant was built in 1972, expanding over the years to reach the current two million square meters, of which 400,000 are covered.

Since its inauguration, over 7 million cars have been produced for the FIAT, Lancia and Alfa Romeo brands. Cars such as the Fiat Ritmo, the Fiat Tipo and the Lancia Delta were built here, while today the Alfa Romeo Giulietta, Giulia and Stelvio are produced here, currently employing around 4300 people.

It is a vital plant for the production of FCA worldwide and in 2016 the property started a profound modernization work with a particular focus on respect for the environment and social sustainability and is characterized by the attention to the use of natural resources.

All this has made it possible to obtain remarkable results. The technologies used have the objective of eliminating water taken from local water resources for the industrial process, fully compensating for CO2 emissions in the entire production cycle and not sending any industrial waste to landfills. Even the use of energy is at a minimum because the most advanced technologies are exploited, such as LED lamps and thermal energy recovery.

In this green perspective, the energy needs of the plant were ensured by self-production through a power plant with endothermic engines. The cooling of this process was entrusted to W-tech which proposed a solution consisting of both evaporative towers for a total of 12MW installed and Dry Coolers for a total of another 13MW installed (total 25MW).

The heat dissipation for the tower part is ensured by 8 TAA 126/9 type machines with a common collection tank. In order to contain the sound impact as much as possible, silencers suitably designed together with fans with a silenced sound profile and electric motors were installed. The latter has been chosen of the latest generation (IE4) to maximize energy efficiency and coupled to inverters to modulate the frequency based on the thermal loads to be dissipated, which vary during the day.

The solution studied and proposed by W-tech has adapted to the customer’s needs by providing an overall and detailed response to all needs.

Furthermore, the material of which all W-tech evaporative towers are made responds optimally to atmospheric events, guaranteeing a long life to the advantage of the investment made by the customer.

The contribution of W-tech Dry Coolers is instead essential for cooling endothermic engines (lubricating oil and other related users) at high temperatures that would not have been possible with the towers. Also in this case, given the variable thermal loads, the use of EC electronic commutated motors (EC motors) was preferred in order to adapt the electrical consumption to the real needs of the system for the benefit of the efficiency of the system. 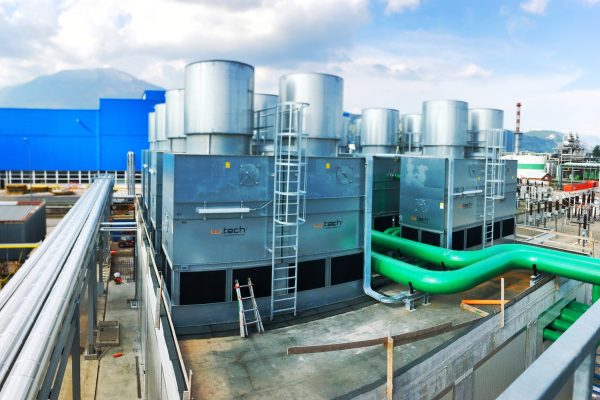